The Great End of Year Exit! Home And Away and E Street have both been hit by a number of significant cast departures.  Network Ten’s E Street is going to lose original cast member Alyssa-Jane Cook and co-star Marianne Howard.  Their characters, Lisa and Alice, head to Queensland to visit Alice’s mother following of the …

END_OF_DOCUMENT_TOKEN_TO_BE_REPLACED

Cover (Top Right): Richard Huggett, Rachel Blakeley (Neighbours); (Bottom Right): Nicolle Dickson, Ryan Clarke, Ross Newton (Home And Away); (Near Right): ‘Ferret’ (Alan Pentland), Alyce Platt (Fast Forward). The Great Jason and (the other) Kylie Show! It doesn’t happen often, but television network rivalry is to be put aside for a special to screen on …

END_OF_DOCUMENT_TOKEN_TO_BE_REPLACED

‘It’s a fair dinkum suburban wedding’ There was some angst among the residents of Neighbours’ Ramsay Street when it was announced that Melanie (Lucinda Cowden) and Joe (Mark Little) were to walk down the aisle.  Their main concern… what would the ‘dippy’ Melanie – who is known for her ‘unusual’ dress sense – wear?  Even …

END_OF_DOCUMENT_TOKEN_TO_BE_REPLACED

There continues to be upheaval in the executive ranks at the Ten Network, with the network’s news director Jim Carroll (pictured) to step down from his position. With a background in print, radio and television journalism, including foreign postings, Carroll joined Ten in 2000 before being appointed head of news and current affairs in 2005.  …

END_OF_DOCUMENT_TOKEN_TO_BE_REPLACED

https://www.televisionau.com FLASHBACK #58: Although swimming champion Ian Thorpe (pictured) was still winning medals and breaking records in 2002, he took a brief diversion into television as the host of the Seven Network‘s Undercover Angels, a short-lived series that saw Thorpe’s ‘angels’ – actress Simone Kessell, Katie Underwood (from the pop group Bardot manufactured by Seven’s …

END_OF_DOCUMENT_TOKEN_TO_BE_REPLACED

Permanent link to this article: https://televisionau.com/2011/05/televisionau-update-29-may-2011.html 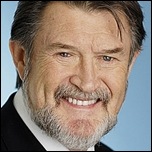 Melbourne radio host and former TV presenter Derryn Hinch (pictured) has told listeners of his 3AW drive-time program that he has been diagnosed with liver cancer and is to undergo “major surgery very soon”. Hinch, 66, said he will be told later this week when the surgery is to go ahead and that he expects …

END_OF_DOCUMENT_TOKEN_TO_BE_REPLACED

Permanent link to this article: https://televisionau.com/2010/09/derryn-hinch-diagnosed-with-cancer.html