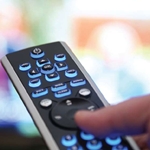 Another random snapshot of what we were watching on TV. This time it’s the week ending 2 August 2003.

The new reality series The Block was the latest breakout hit, there was tragedy in Neighbours, and we were introduced to the first batch of budding pop stars in a new format called Australian Idol.

Nine won all nights, except Tuesday which went to Seven. Ten’s best night was Friday, where it just pipped Seven into second place. Ten was in third place every other night. ABC ranked fourth every night but its best night was Saturday. SBS was well down in fifth place each night, though its best night was Sunday, which included the final of the Tour de France.

Nine won the week comfortably in all cities except Perth, which was won by Seven. 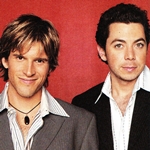 The Nine Network dominated the national Top 20 with 18 shows. The Seven Network had four shows and Network Ten had two — including the premiere of the first season of Australian Idol, hosted by Osher Günsberg (then Andrew G) and James Mathison (pictured).

SBS did not have any programs in the Top 100. 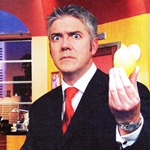 Permanent link to this article: https://televisionau.com/2020/08/what-we-watched-august-2003.html