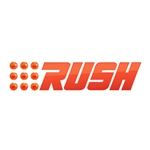 The Nine Network has announced that it will launch a new channel, 9Rush, at 7.00pm on Sunday 5 April.

The new channel, with a focus on reality and adventure programming from Discovery Inc, will broadcast on channel 96.

Nine’s program director Hamish Turner said in a statement issued today: “Nine are thrilled to partner with Discovery to deliver premium, free to air first content. As a global leader in real-life entertainment, Discovery’s dedication to serving audiences with content which inspires, informs and entertains is second to none.

“The deal will deliver Nine and 9Now thousands of free to air premiere episodes. 9Rush audiences will be spoilt for choice, with an extensive range of high action and adventure programming, available on Australia’s latest channel and available free on 9Now.”

It is not clear if the new channel will be available through Nine’s regional affiliates including Southern Cross, Tasmania Digital Television, Nine West and Imparja.

Permanent link to this article: https://televisionau.com/2020/03/nine-launches-new-channel-9rush.html