Nine‘s Melbourne-based The Footy Show made a quiet exit this week, ending a 25-year run without the on-air talent even knowing until after the curtain had fallen. Even considering it’s been on death row for a while, Nine’s eventual decision to axe the revamped show after disastrous ratings this year barely acknowledged that it was for many years one of the network’s flagship brands.

“I want to thank the current hosts, Anthony Lehmann, Neroli Meadows, Dylan Alcott, Brendan Fevola and Shane Crawford, the former hosts of The Footy Show, and the hard working crew for their great contribution,” said Nine’s Melbourne Managing Director, Matt Scriven, in a press release quietly sent out at 10.30pm on Thursday night after the show had signed off for the week. No opportunity for the current hosts to say goodbye, or even any opportunity to acknowledge or farewell the many that had hosted it beforehand. 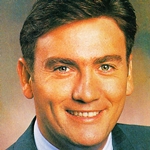 It followed on the tradition of the former Seven program League Teams, with Lou Richards, Jack Dyer and Bob Davis announcing the teams for the upcoming weekend of football with a side serving of comedy.

It was also a natural spin-off from the Sunday morning Footy Show, which in turn had elements of the old World Of Sport footy panels.

The Footy Show won a string of Logie Awards for Most Popular Sports Program, and its Sydney-based NRL version of the same title (axed last year) was likewise well awarded in the same category over the years.

There were many end-of-season concert spectaculars, and live shows from overseas including two from London.

Even though the show was deemed well past its prime, with each Sam Newman-led offence (and there were plenty) seemingly failing to acknowledge that some of the elements that made it hit in the ’90s were no longer so appealing in the 2010s, it is somewhat disingenuous of Nine to let the show go after 25 years by barely acknowledging its longevity and contribution to the network’s success in earlier times and to not give it a chance to have a proper send off.

Permanent link to this article: https://televisionau.com/2019/05/the-footy-show-vanishes-with-a-whimper.html