This week’s re-brand of the Ten Network is the first major image revamp for the network since January 1991.

The last time Ten had a major image refresh it was in receivership after two years of falling ratings, staff cutbacks and management and financial instability amid the “recession we had to have”. The viability of even having three commercial networks in a market the size of Australia was being questioned.

Ten chief Gary Rice, appointed by the receivers, had made brutal cuts to the network in November 1990, in particular to the news and current affairs portfolio, in a bid to stem losses of up to $2 million a week. More than 300 staff were sacked as current affairs shows and morning news bulletins were dumped, the Melbourne-based 6.00pm news was cut to half an hour, and Good Morning Australia had its budget trimmed. 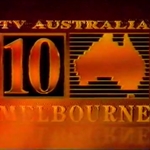 Despite some highlights such as Neighbours, which was still a strong performer, and event programming such as Bangkok Hilton, the Melbourne Cup and the TV Week Logie Awards, the 10 TV Australia brand, which had been launched with fanfare barely 18 months earlier, was indelibly tarnished by programming flops, an overdependence on movies, a declining news profile and the stigma of receivership. 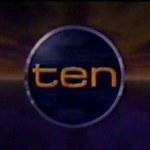 While cuts were being made to bring its finances under control, the network was working on a significant shift in branding and programming to pick itself up from financial ruin.

On the night of 13 January 1991, Ten unveiled a new logo and positioning statement, “The Entertainment Network” — a convenient use of the “TEN” letters. 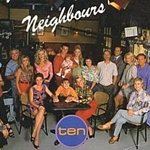 With the revamp came a resolve to provide an entertainment brand dedicated to the under-40 age group. As well as local dramas Neighbours and E Street, Ten had scored some canny programming deals that gave it access to the hottest new US shows of the season — Twin Peaks and The Simpsons — the latter being a regular feature for the network until just last year.

The Entertainment Network was a colourful re-brand and re-focus that took Ten out of the doldrums, improving its performance and giving it an air of confidence to viewers and the industry, eventually leading it to it being majority owned by Canadian group CanWest. With a focus on youth-friendly US titles such as Beverly Hills 90210, Melrose Place, Seinfeld and The X Files, a revamped news service (including the shift of Ten Eyewitness News to become “First At Five”) and Bert Newton‘s The Morning Show (later adopting the Good Morning Australia title), Ten went on to become the most profitable of the three commercial networks even though still rating well below its two major rivals.

Time will tell if Ten’s latest revamp to ’10’ — which also comes after years of management and financial unrest, missteps in past programming and strategy, severe staffing cuts and subsequent receivership — and buyout by CBS will give a similar long term outcome.

Permanent link to this article: https://televisionau.com/2018/11/flashback-to-the-entertainment-network.html

Leave a Reply to Anthony The Koala Cancel reply