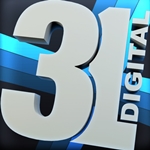 Brisbane’s community TV channel 31 Digital is now off the air and has converted to online operation.

The station, which was operating on UHF Channel 28 from Mount Coot-tha, closed its free-to-air broadcast on 28 February at 11.59pm (AEST), even though the Federal Government had given the community TV sector a further six month reprieve after the previous December 2016 deadline for stations to convert to online broadcast.

The station debuted in 1994 as Briz31 (the number taken from the analogue broadcast frequency) and later identified as 31, QCTV and then 31 Digital. Digital transmission launched in 2010 following a campaign by the community TV stations to gain access to digital spectrum.

Some of the programs produced by the station were The Boat Show, Tamara Tonite, The Very Anne Show, Nicky Noo And The “oo” Crew, Meet The Ministers and The Late Nite Show.

31 Digital has re-launched as Q Online TV and can be found at www.qldonline.tv

Now only C31 in Melbourne, 44 in Adelaide and WTV in Perth are still on free-to-air television. (Sydney’s TVS went off-air in December 2015). Unless the Government grants another extension these stations will be off-air in a few months time.

So far there has been no announcement as to what the Government intends to do with the broadcast spectrum being handed back by the community television stations.

Permanent link to this article: https://televisionau.com/2017/03/brisbanes-31-digital-goes-off-air.html