Summer Bay shake-up!
An earthquake is set to tear apart Summer Bay as Home And Away hits its 2000th episode. Alf (Ray Meagher) collapses from heart failure as his store is crumbling around him in the midst of the quake, and there is panic at the school as roofs turn to rubble and windows are smashed. Angel (Melissa George) is home with the kids as ceiling beams come crashing down. 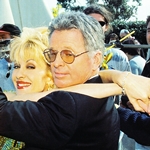 It’s Tony’s turn at the Wheel!
John Burgess is considering legal action over the Seven Network‘s decision to suddenly axe him as host of Wheel Of Fortune after 12 years. In shifting the show’s production from Adelaide to Sydney, Seven has appointed Tony Barber as the new host, joining long-serving co-host Adriana Xenides. Barber (pictured with Xenides), best known as host of Great Temptation, Sale Of The Century, Family Feud and Jeopardy, made contact with Burgess to assure him that he hadn’t chased the role. “I hadn’t stalked his job,” Barber told TV Week. “The network made its own initiatives. If it hadn’t been me it would have been the latest young disc jockey or whoever, so I just wanted to let him know that.” Xenides, who has been with Wheel Of Fortune since its debut in 1981, is looking to the future with a positive outlook. “Tony’s a pro, he’s certainly a breath of fresh air,” she told TV Week. “But that does not take away from the professionalism and what I learnt from my previous co-hosts in John Burgess and Ernie Sigley. I love them both dearly and I am still great mates with the two previous men in my life.” 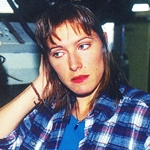 Under siege
Claudia Karvan (pictured) makes a guest appearance in the dramatic 300th episode of GP. Karvan plays the part of an emotionally disturbed mother who holds a hospital casualty ward under siege. “When I got offered the role, my first reaction was to ring the GP office and ask, ‘Do you think I can do this, because I’m not sure if I can’,” she told TV Week. “I threw myself in head first and really, really enjoyed it. It was such a strong character, such an unusual character for someone like me to do.” The episode had Karvan reunited with actor Steve Bisley, with whom she appeared in the film The Big Steal. “Steve is very clever and so focused. I admire his strength,” she said.

Program Highlights (Melbourne, July 20-26):
Saturday: The Games Of The XXVI Olympiad begin from Atlanta, Georgia, with the Opening Ceremony (10am live, 7.30pm replay, Seven) and Day One of competition (11pm, Seven).

Monday: Olympic Games continues with live coverage (Seven) all morning through to 2pm, then Day Three live coverage commences in the evening (7.30pm, Seven). Olympic Games coverage follows a similar pattern for the remainder of the week. In Home And Away (7pm, Seven), Shannon (Isla Fisher) and Alex (Nick Freedman) still feel something for each other. In Water Rats (7.30pm, Nine), it seems Holloway (Colin Friels) will be forced to give up trying to find out what really happened the night his brother was forced over The Gap. In Pacific Drive (11pm, Nine), Rick (Andre Eikmeier) starts his sex addiction treatment. 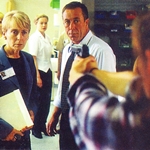 Wednesday: In Home And Away (7pm, Seven), Chloe (Kristy Wright) will have to live with her father’s actions for the rest of her life. Margaret Throsby hosts The Young Performers Of The Year Awards (8.30pm, ABC).

Thursday: In Home And Away (7pm, Seven), a vicious dog is on the attack through Summer Bay, and an earthquake hits town. In Getaway (7.30pm, Nine), Jeff Watson travels to the Blue Mountains, Catriona Rowntree visits Orpheus Island, off Townsville, and Lochie Daddo takes on a challenging 4WD tour along a rugged stock route in the Northern Territory. Mike Munro returns with a new series of This Is Your Life (8.30pm, Nine). Drama series Mercury (8.30pm, ABC) presents its final episode.

Friday: In Neighbours (6.30pm, Ten), Mal (Benjie McNair) receives bad news when Sam (Richard Grieve) wants to sell the business. In Home And Away (7pm, Seven), Angel (Melissa George) and her children are trapped in a crumbling house following the earthquake.