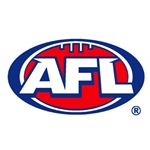 The AFL has locked in the Seven Network, Foxtel and Telstra as broadcast partners for the league for the 2017 to 2022 seasons, collecting around $2.5 billion in the process.

The value of the six-year deal is well above the existing rights package which was valued at $1.25 billion for the 2012 to 2016 seasons.

The package will see Seven continue as the free-to-air broadcast partner — a role it has held for most of its 60 years.

Seven will broadcast Thursday, Friday and Saturday night and Sunday afternoon games as well as holiday “blockbuster” fixtures. The network has also secured rights to Finals, the Grand Final and the Brownlow Medal.

The AFL advises that games will be broadcast in HD from 2017, if not earlier. Currently, Seven broadcasts games in standard definition only.

Foxtel, as the pay TV partner, will have access to broadcast all games, except the Grand Final, live. It also reserves the right to on-sell coverage of selected Saturday afternoon games to a free-to-air operator, if it chooses.

Telstra will provide online coverage of all games through the AFL website and on mobile and handheld devices.

The announcement of the new AFL deal comes just over a week after the NRL announced a $925 million five-year deal with the Nine Network for the 2018 to 2022 seasons.

Permanent link to this article: https://televisionau.com/2015/08/afl-locks-in-seven-foxtel-telstra-for-2-5b.html