Come in, Spinner!
The Nine Network is grooming star cricketer Shane Warne for a TV career. The network, which has the 26-year-old under an exclusive contract, is developing The Cricket Show which it hopes will be the summer equivalent of its top-rating The Footy Show. The Footy Show, which has versions based in Melbourne, Sydney and Brisbane, is watched by around 1.7 million viewers each week and Nine hopes to repeat its success with Warne, former International Cricketer of the Year Simon O’Donnell, and batsman Michael Slater. “With The Footy Show production already in place in Sydney and Melbourne, the infrastructure for The Cricket Show is already there,” a Nine spokesperson told TV Week. “We’re looking at getting it up by November to coincide with the early days of the international cricket season.” Nine hasn’t ruled out the possibility of having the new show essentially touring the country, following wherever the matches are being played. Warne has already been appearing on Nine on Wide World Of Sports, National Nine News and as a sports correspondent for Ernie And Denise. “He is seen by the network as the next generation of the likes of the Max Walkers, Ian Chappells and Simon O’Donnells,” the spokesperson said. 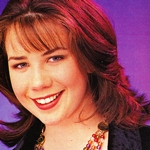 Look at Kate now!
Kate Ritchie, who has played the part of Sally in Home And Away since the age of eight, has just turned 17. “It has been hard for everyone to accept that Sally has grown up,” Ritchie told TV Week. “I guess it is different for me, but for Sally it has always been a special part of her character that she is very mature in the way she thinks, but she has always been lagging behind the teenage group.” Despite her Year 11 studies, Ritchie has this year added an extra day to her Home And Away schedule, which is now three days a week. She hopes this will allow more scope for her character’s storylines. “I have more time, Sally is getting more storylines and there are more typically teenage storylines,” she said. Recent episodes have had Sally with a boyfriend, the rebellious Gus (Samuel Johnson), which Ritchie said made people finally realise Sally is getting older. “People were coming up to me saying, ‘Sally is finally growing up’. It is good that she’s out there getting a boyfriend and getting into these storylines.” 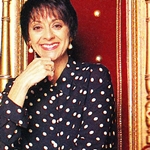 Cackle along with Denise
Since starting in television in the 1960s, Denise Drysdale has always had the ability to make people laugh and has worked on a string of shows including In Melbourne Tonight, The Ernie Sigley Show, Beauty And The Beast, Hey Hey It’s Saturday, In Melbourne Today and Ernie And Denise. With this is mind she is the ideal candidate to host the segment dedicated to comedy — What Makes Us Laugh — in the second of Nine‘s 50 Fantastic Years specials. Looking at comedy, Drysdale says the thing that makes her laugh most is “silliness — absurd stuff”. “The most comical thing you can see is old ladies falling off their high heels — as long as they don’t get hurt, of course,” she told TV Week. She names Graham Kennedy as the ultimate comedian. “He is brilliant. He could have done anything if he’d been in America. He was such a talent, he could have been bigger than Bob Hope. Graham could sing, he could move. Entertainers did everything in those days. And look at that stupid David Letterman. Graham never had to resort to tricks like he does,” she said. But some old jokes never go out of fashion. “There are some gags that always work. A pie in the face always makes people laugh, even when it’s expected to happen.”

Monday: In Home And Away (7pm, Seven), Angel (Melissa George) receives devastating news from the hospital about Dylan (Corey Glaister). In Frontline (8pm, ABC), Mike (Rob Sitch) is bored, but when the Frontline team suspect someone is leaking stories to the opposition, he springs into action. 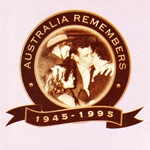 Tuesday: Various special telecasts to commemorate Australia Remembers — the 50th anniversary of VP Day. The Australia Remembers Parade (10am, ABC/Seven) is live from Brisbane, the site of the Australian headquarters of the Supreme Commander of the Allied Forces in the Pacific, General Douglas MacArthur. The Melbourne VP Day parade follows (12pm, Seven), while ABC crosses to the Shrine of Remembrance service (12.30pm). The Prime Minister’s Address To The Nation (1pm, Seven) is followed by prime minister Paul Keating opening the National Youth Forum (2.30pm, ABC), at the Brisbane Girls’ Grammar School, attended by veterans and local students. Andrew Olle hosts a special edition of The 7.30 Report (ABC) from the War Cabinet Room, Melbourne. This is followed by the Flame Of Freedom Celebrations (8pm, ABC), live from Brisbane, including fireworks, lasers, military aircraft and a cast of young people, veterans, choirs and military bands. The documentary Faces Of War: The Battle Comes Home (9pm, ABC) features first hand accounts of the war. Seven Nightly News (6pm, Seven) and Today Tonight (6.30pm, Seven) both present special editions in commemoration of VP Day.

Wednesday: In Home And Away (7pm, Seven), Nelson (Laurence Breuls) tries to save a girl from committing suicide. In Correlli (8.30pm, ABC), separate incidents cause Louisa (Deborra-Lee Furness) to question the relationship between the inmates and the women working close to them. In Old Flames (8.30pm, Nine), the latest Singapore Sling telemovie, when a film’s leading man is killed in an apparent stunt-gone-wrong, only Stamford (John Waters) suspects that the accident is really murder.

Thursday: Getaway (7.30pm, Nine) goes diving with sharks at the Canberra Aquarium; demonstrates hang gliding the safe and easy way; discovers the cheapest five-star lunch in Sydney; and goes on board the Titanic at a theatre restaurant in Melbourne.