Jo Beth’s Cinderella story
Australia’s Funniest Home Video Show host Jo Beth Taylor and Getaway‘s Lochie Daddo (pictured) will be starring in Australia’s first all-star Christmas pantomime. Taylor will be playing Cinderella and Daddo her Prince Charming — but it’s not the first time the two have been paired up professionally. In the video clip for her debut single 99 Reasons, Daddo was Taylor’s leading man which led to a kiss. “Yes, it was Lochie,” she said. “And now he’s my Prince Charming again!” Also starring in Cinderella are Bert Newton, Bruce Spence, Paul Blackwell, Nancye Hayes, Wayne Scott Kermond and Miguel Ayesa. 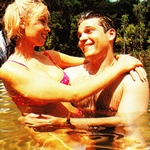 Engagements to ring up big ratings
The upcoming engagement of Neighbours‘ Annalise Hartman and Mark Gottlieb (Kimberley Davies and Bruce Samazan, pictured) could either see them as a happy couple in Ramsay Street, but with Davies’ contract with the show soon to expire and Samazan’s early next year, it is possible that we may not be seeing them happily ever after. “Marriage is usually the nail in the coffin for soapie characters,” Samazan told TV Week. “And engagement is the first step. But a lot of stuff happens in between, and even we don’t know yet if Mark and Annalise will get married.” Viewers will see Mark propose to Annalise while the pair are swimming by a waterfall on a romantic getaway in the Northern Territory. Meanwhile, Home And Away‘s long-engaged couple Shane (Dieter Brummer) and Angel (Melissa George) are set to go down the aisle on screen in April. The wedding ceremony is to be filmed on a closed set in January, with some former characters making return appearances. 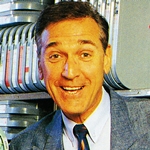 Down memory Lane
Don Lane (pictured) is making a return to the Nine Network to relive some of the best moments from The Don Lane Show. In the two-hour special, Lane will be joined by members of the D Generation, comedian Brian Doyle and the Geoff Harvey orchestra in remembering the variety show that ran for 668 episodes between 1975 and 1983. Lane recalls the early days of the show: “The truth is, I never wanted to host the show. After seven years in Australia, I had returned to the US determined to try and make it there. My agent rang me in LA and wanted me to come back to do a short season in Sydney’s league clubs. ‘By the way’, he said, ‘I’ve also booked you to host two Mondays of In Melbourne Tonight‘. After five years at TCN9 in Sydney, I didn’t want to know about doing any more TV, but he already committed me to it. What started as two Monday nights stretched out to lots of Monday nights. Peter (Faiman) kept calling me up telling me the ratings, which were figures like 42 and 38 — unbelievable stuff. I knew there was a lot of crap going on with Ernie Sigley, who was doing Tuesday and Thursday nights, and my instinct told me he would blow it… and he did. The day Ernie went, Kerry Packer rang me in Sydney and told me to get on a plane to take over. People don’t believe this, but Kerry carried my bags through the airport. And that’s how it all started. The next eight-and-a-half years were among the most enjoyable of my life.”

“Very early on in his foray back into prime-time television, Don Lane explains in eight words why his show was so successful for so long: ‘We were never afraid to take a chance’. Of course, there were other elements that contributed to a run of more than 660 talk-variety shows over the eight years that Don Lane loved our faces. But taking chances was a hallmark, especially so when you consider that, almost without exception, The Don Lane Show was genuine live-to-air television. The decision to revisit The Don Lane Show — on the Nine Network (this week) — apparently was made when some initial research started at Melbourne’s GTV9 on a special to celebrate the 40th anniversary of television in Australia, coming up in 1996. The Nine Network, which as turned into an art form the recycling of old programs (the Ray Martin interview shows and the Red Faces specials have been winners), obviously saw another chance that was not to be passed up, and it was promptly grasped.” 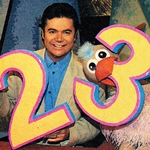 Program Highlights (Melbourne, October 15-21)
Saturday: In A Country Practice (5.30pm, Ten), Jess (Jane Hall) and Harry (Andrew Blackman) try to keep their relationship a secret from Matron Sloan (Joan Sydney). Hey Hey It’s Saturday (6.30pm, Nine) presents a celebration of its 23rd birthday — including a look back at some of the show’s most memorable moments.

Monday: Talk show Live It Up (3.30pm, Ten) presents the topic ‘Living In The Seventies’. In Home And Away (7pm, Seven), Shannon’s (Isla Fisher) warning for Selina (Tempany Deckert) to stay away from Curtis (Shane Ammann) falls on deaf ears. In Healthy Wealthy And Wise (7.30pm, Ten), Ronnie Burns looks at cubby houses, Iain Hewitson serves up a yabbie salad, Jim Brown and Peter Wherrett continue their 4WD road trip to Mackay, and Tonia Todman shows how colour and texture on walls can transform a room.

Thursday: In Home And Away (7pm, Seven), Pippa (Debra Lawrance) and Michael (Dennis Coard) continue to drift further apart. Beyond 2000 (7.30pm, Ten) looks at a cheap and easy home testing kit for osteoporosis, and an invisible hearing aid described as a contact lens for the ear. In Janus (8.30pm, ABC), Steve Hennessey (Leon Teague) is still on the run and the police manhunt is proving fruitless. Documentary They Said Don’t Worry: The Deborah Maybury Story (8.30pm, Nine), hosted by Perth news presenter Tina Altieri, tells of a young woman’s brave fight to beat the disease that eventually claimed her life. The special Three Drags And A Wedding (9.30pm, Nine) features the making of hit Australian films Priscilla Queen Of The Desert and Muriel’s Wedding.