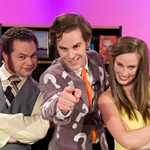 Federal Communications Minister Malcolm Turnbull is reported to be considering the future of community TV as the government ponders opportunities for the broadcast spectrum.

The planning of broadcasting spectrum following the closure of analogue television allows for six channels — ABC, SBS and three commercial operators — including one unallocated frequency. Community TV broadcasters are currently operating on borrowed frequencies outside of that spectrum.

Fairfax Media reports that the government is considering selling off the sixth channel spectrum to commercial bidders. It is unclear what demand there is for an additional commercial network given that one network at present is in ratings and financial trouble and the market continues to be offered new technologies for viewing options rather than traditional television.

Community TV’s path to digital transmission has long been in the ‘too hard’ basket for past federal governments of both sides of politics. The Howard Government failed to allocate any community channel access to digital broadcasting, despite national and commercial broadcasters being given free access to digital spectrum and subsidies to convert, and the Rudd Government in 2009 allowed community TV operators only temporary access until at least the end of this year.

Community TV is not a high rating platform but it does provide an alternative for viewers and an outlet for communities, producers, performers and sponsors that are rarely allowed exposure on mainstream media. The sector also provides training and experience to performers and production crew who have gone on to employment in the mainstream sector.

Permanent link to this article: https://televisionau.com/2014/06/community-tvs-future-in-question.html