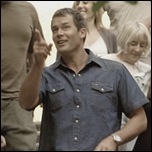 Personalities from all the free-to-air networks have gathered for a new advertising campaign to promote the Freeview digital television platform.

The new campaign – ‘Everyone loves Freeview’ – is designed to highlight the range of content available on digital television and to celebrate the success of the new channels that have appeared. 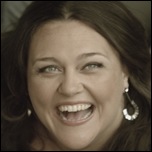 So far around 79 per cent of Australian households have converted to digital television and, since the advent of Freeview and the expanded choice of channels on free-to-air, people are spending more time per day watching free-to-air television – and almost a quarter of all prime-time free-to-air viewing is now via the new multi-channels.

Freeview CEO Robin Parkes acknowledged the networks’ collaboration in putting the campaign together:

“We are so excited to have pulled off such a complex shoot with all our on-air talent and the end result looks fantastic. This is testament to the success of the partnership between the free-to-air networks, having all the talent come together to support the campaign. The celebrities from all the networks had a huge amount of fun on the sets in Melbourne and Sydney which you can see in the commercial!”

The ad campaign kicks off with a ‘roadblock’-style launch, a 60-second commercial to air across multiple networks at approximately 6.27pm this Sunday.

Three commercials have been produced for the campaign and will air across all Freeview channels, including Community TV channels, over six weeks. 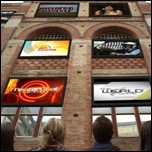 Freeview was launched in 2008 as a joint initiative of the free-to-air networks to promote a single branding for the digital television platform and to promote the features and channels that it provides.

Permanent link to this article: https://televisionau.com/2011/05/network-stars-unite-for-freeview.html