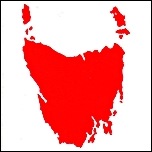 The recent announcements of new digital channels 7mate and 11 have yet to be followed up with confirmation from local affiliates that they will be carried in Tasmania.

Craig Davies, Tasmanian general manager for Southern Cross Media (representing both Southern Cross Television and Tasmanian Digital Television), told The Mercury that neither of the new channels will appear in Tasmania at the same time as they launch on the mainland, but added that an announcement is coming:

Mr Davies added that further extensions to Southern Cross’ network infrastructure, based in Canberra, is needed to bring the new channels to Tasmania.

The delay will mean that Tasmanian viewers may be denied the opportunity to see the high-definition broadcast of the AFL Grand Final, as it will serve as the opening program on Seven’s 7mate channel. The standard-definition broadcast is expected to be relayed via Southern Cross Television as normal.

The delay in bringing Ten’s new youth-focused channel, 11, to Tasmania via TDT may impact on fans of Neighbours and The Simpsons as both shows are set to move exclusively to 11 when it launches in the new year.

Both new channels 7mate and 11 are also expected to carry a significant schedule of exclusive programming not available on the main Seven and Ten channels.

The launch of Seven’s first digital channel, 7TWO, was delayed to Tasmania by one month and Ten’s sports channel, One HD, was delayed by approximately three months. However, Nine’s digital channel GO! was broadcast via Tasmania’s local affiliate, WIN, from the beginning.

The Nine Network is also expected to announce an additional digital channel soon.

Meanwhile, Prime Television, the Seven Network affiliate serving the regional markets of New South Wales/ACT and Victoria, have said they will be carrying 7mate from the time it launches on 25 September.

Permanent link to this article: https://televisionau.com/2010/08/new-channels-on-tassie-waiting-list.html