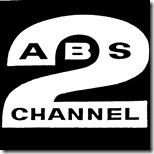 Last month Adelaide’s ABS2 celebrated its 50th anniversary.  The station, the fourth to launch for the national broadcaster and the third TV station in Adelaide, began on 11 March 1960 from studios in the suburb of Collinswood.  The launch of the station was timed to coincide with the Adelaide Festival of Arts and on its second day of transmission ABS2 crossed to a live outside broadcast of the opening day of the Festival.

ABS2 was the first of three ABC stations to open during 1960.  In May of that year, ABC launched in Perth (ABW2) and Hobart (ABT2) followed in June – completing the broadcaster’s expansion into each state capital city, though it would be a few more years before ABC would open in the other two capitals, Canberra (ABC3, in 1962) and Darwin (ABD6, in 1971).

ABC Adelaide’s local website has featured a video to commemorate the 50th anniversary of ABS2:

To celebrate the 50th anniversary of ABW2 in Perth, a staff reunion is being held at ABC’s East Perth studios on the afternoon of 16 May.  (Details can be found at WA TV History)

Permanent link to this article: https://televisionau.com/2010/04/abc-turns-50-in-adelaide-perth-and-hobart.html