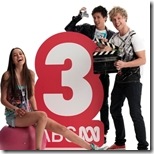 National broadcaster ABC has announced that its new children’s-only channel, ABC3, will launch on Friday 4 December.

The new channel will broadcast daily between 6.00am and 9.00pm.

Heading the channel’s line-up during weekdays will be programming blocks Studio 3 (mornings) and Rollercoaster (afternoons) featuring a mix of factual and adventure series, wildlife and documentaries, game shows, news and current affairs, dramas and classic Australian animations.  Programs aimed at older children will screen in the evenings.

Other locally-made shows to appear on ABC3 are Rush TV, (covering sports including snowboarding, BMX, skating, surfing and motocross), Prank Patrol (where kids get help to create, build and execute the prank of a lifetime on their chosen target) and Good Game SP (a junior version of ABC2’s Good Game).

Also featuring on ABC3 is My Place, a series based on the award-winning book about 13 kids, 130 years and a fig tree.  CJ the DJ, an interactive animation about a teenager who loves music. Drama Dance Academy, which centres around a group of male and female students training at the National Academy of Dance. Dead Gorgeous, a drama about three strong-willed sisters given a second-chance at life as ghosts.

Richard Hammond’s Blast Lab and documentary series Be The Creature will also feature, as will a repeat run of the ‘90s teenage drama Heartbreak High.

ABC3 will also have interactive features via the ABC website and will also have programming made available on ABC iView.  A selection of ABC3 programs will also be shown on the flagship channel ABC1 to account for households that do not yet have access to digital television. 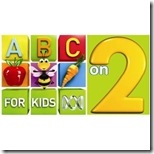 The launch of ABC3 will coincide with an expansion of children’s programming on existing channel ABC2.  ABC For Kids On 2 will provide pre-school age programming between 9.00am and 6.00pm weekdays and 6.00am to 6.00pm on weekends.

ABC3 and ABC For Kids On 2 will be competing for young viewers with the range of children’s channels on pay-TV, including Boomerang, Cartoon Network, CBeebies, Disney Channel, Nickelodeon, Nick Jr and Playhouse Disney, as well as dedicated children’s and cartoon hours on new digital channels GO! and 7TWO.