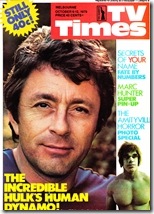 ABC plans a summer of golf
ABC plans to screen nine golf tournaments over spring-summer circuit, including the Dunhill Australian Open, which will be the largest single golf coverage ever undertaken by the broadcaster.  For the Open, 26 hours of coverage will involve 150 personnel, 25 cameras, $8 million worth of equipment, 11 kilometres of camera cable and 40 microphones.  As well as the Dunhill competition, ABC will cover the Garden State PGA Tournament, Westlakes Classic, NSW Open, Australia PGA Championship, Australian Open, Australia-Japan Trophy, Victoria Open and the Australian Masters. 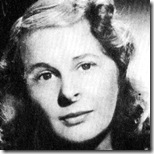 Why Gwen Plumb wants the last laugh
Gwen Plumb says she was born with a sense of adventure, and that could explain why she never married.  “I never wanted to pitch my tent in the one place for 50 years.  I always wanted to act and travel, I never wanted to be harnessed.  I never met a man who said I could I remain an individual after we were married.”  Beginning her career as a copywriter at a Sydney radio station, Plumb later (pictured) found herself being cast in local radio dramas and became nationally known in ABC radio serials Blue Hills and The Lawsons.  After a lengthy stay overseas, Plumb returned to Australia to host Women’s World for ABC in the 1960s and then switched to new Sydney channel TEN10 for a daily chat show, Gwen.  She was then cast as the gossiping Ada Simmonds in The Young Doctors when that started late in 1976.  Travelling, particularly overseas, is one of her greatest enjoyments.  “I last went to Europe about four years ago and since then I’ve been to New Zealand and the New Hebrides.  I’d love to go to New York this Christmas because I want to see a lot of theatre and TV. I know a lot of people there who could be into all sorts of interesting things.”

New series for Toothbrush gang
New episodes of The Toothbrush Family, the cartoon series created by Australian Marcia Hatfield and currently viewed by millions across Australia, the United States (via the national Captain Kangaroo program on CBS), Canada and New Zealand, are to be produced in Australia.  For the last two years the cartoon has been produced in Canada but the next batch of five-minute episodes are to be produced by the Grundy Organisation in Sydney.  The new episodes are to coincide with a national promotional campaign to promote dental hygiene.  The Toothbrush Family currently airs in Australia on the Nine Network’s Super Flying Fun Show in Sydney, Melbourne and Brisbane, and commences next month in an afternoon timeslot in South Australia.

Briefly…
John Bluthal joins the cast of the upcoming ABC series And Here Comes Bucknuckle, reprising the role originally performed by Frank Wilson in the show’s predecessor And The Big Men Fly.  Production starts this month and the series is expected to air next year.

Yugoslav actress Vera Plevnik, from the telemovie The John Sullivan Story, gets a chance to do something different playing an Ocker farm girl in an upcoming episode of Young Ramsay.

Viewpoint: Letters to the Editor:
”Congratulations to Sydney’s TEN10 for the rodeo specials they have been running.  Everything about the programs was first-class – except, maybe, the late-night viewing time.” L. Haywood, NSW.

“I’m getting a little sick and tired of all the criticism of our Aussie series (eg. Cop Shop, Skyways).  No doubt the people who complain are the same people who get engrossed in the American “soapies” during the day.  At least I get a good old laugh during our programs.  Complaints of homosexuality and illicit sex scenes are also a little unreasonable in comparison.  Skyways has “killed off” lesbianism, and evidence of sexual encounters is portrayed “before” and “after” – by the wearing of a bath robe or towel.  We very rarely go into the bedroom with them.  Perhaps the critics should note that the times these shows are on is late enough for children to be in bed.”  M. Brugel, NSW.

“Sydney TEN10’s presentation of the Felini film Amarcord was a disgrace.  This fine film, which won Best Foreign Film at the 1974 Academy Awards, was shown at 11.10pm on a Friday night.  It received no promotion at all.  Why does TEN10 insist on showing fine films other than American at late hours?”  R. Porter, NSW.

This Fabulous Century (HSV7, Sunday) looks at the struggles of Australian Aborigines in society.

HSV7 presents 12 hours of coverage of the Super Tennis tournament over Monday, Tuesday, Wednesday and Friday nights.  The competition, held at Festival Hall in Melbourne, offers a prize money of $530,000.

0-10 Network news reporter Ken Burslem presents a one-hour special, The High Cost Of Dying.  The program aims to remove some of the mystery and some of the rip-offs that occur in the dying business.  Common questions on the subject of dying are tackled and answered.

In Cop Shop (HSV7, Monday and Thursday), O’Reilly (Terry Norris) is beginning to feel something of an outcast and his loneliness leads to depression.  Vic Cameron (Terence Donovan) finally confides in Kate’s (Jacqui Gordon) teacher about his past and the effect it has had upon Kate.

Sunday night movies: Petersen (HSV7) (although TV Times also had this scheduled for the week September 8-14), Murder On The Orient Express (GTV9), High Plains Drifter (ATV0).  ABC presents Measure For Measure, another in the six-year BBC series of TV adaptations of the entire works of Shakespeare.