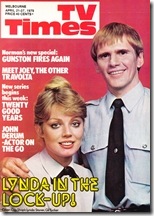 Busted!  Linda Stoner’s day in a real cop shop
Cop Shop newcomer Lynda Stoner (pictured, with co-star Gil Tucker) spent a day at Melbourne’s Russell Street police station to get some practical advice on the type of police work the actress may be expected to emulate in the popular Seven Network series.  The former Miss TV Times winner is also finding that, like in her previous role as a nurse in The Young Doctors, the uniforms are proving to be a bit of a problem: “I didn’t like the nurses uniform and this police uniform is a problem, too.  I’m two sizes bigger around the top than the bottom.  The skirts seem to sag while the buttons at the top do not have much chance of lasting long!”

TV series for ethnic groups
The Government-funded Special Broadcasting Service (SBS) is producing a series of three-hour programs to screen on ABC on Sunday mornings from later this month. Executive producer of the weekly program is Rowan Ayers, a former BBC executive who was recently a producer of special projects for the Nine Network.  Ayers was also an executive producer of the Nine documentary series The Africans, which screened earlier this month.  Although the series features programs of interest to as many as forty different ethnic groups, Ayers hopes that the programs offered by SBS will be of interest to all Australians:  “The series is not meant only for migrant groups.  We hope that all Australians will find it interesting as well and will learn about the different ethnic groups in this country.  Each program is basically a ‘network’ of different programs, some from other countries and others made in Australia.  We’ll have material from places such as Korea, Thailand, Greece, Italy, Germany, Turkey and France.” 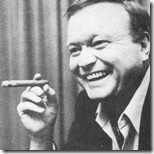 Bert Newton in TV deal
The Nine Network is about to announce a new contract deal which will make Bert Newton (pictured) possibly the highest paid performer in Australian TV.  The Nine deal, which comes just after Newton was signed to a Melbourne radio station to a five-year contract worth $1 million, follows a very generous offer made by the Seven Network last year in response to Nine poaching Seven personalities including Brian Naylor and Paul Hogan.  The Seven offer eventually failed when network stations outside of Melbourne shirked at the cost of hiring someone whose popularity is not as strong outside of Melbourne.  The previous year, Newton, his on-air partner Don Lane and producer Peter Faiman were also made an offer to move The Don Lane Show across to ATV0. Airport series set for take-off
Production is well underway on the new Seven Network drama series Skyways.  The series, set in an international airport, has a cast of thirteen – including Deborah Coulls (The Restless Years), Bartholomew John (The Young Doctors, The Penthouse Club), Bruce Barry, Tony Bonner (Skippy The Bush Kangaroo, Cop Shop), Ken James (Skippy The Bush Kangaroo, The Box), Joanne Samuel (Class Of ‘74, The Young Doctors), Brian James, Judy Morris, Gaynor Martin and New Zealand actor Bill Stalker (pictured).  No screening date or timeslot has been announced as yet but inside sources claim the series will be aimed for an early-evening timeslot.

High energy channel!
A report presented on BTQ7’s Haydn Sargent’s Brisbane, on an alternative source of energy, has gained national interest.  Producer Earle Bailey had found that the Horvath Energy System, invented by 49-year-old Stephen Horvath of Sydney, was given only minimal coverage in the southern states.  Bailey then sent a team to Sydney to assess the invention that claimed to produce everlasting, pollution-free and inexpensive energy by a fusion process using hydrogen and its isotopes.  It was claimed that the system, which Horvath had already installed in his car, could be mass-produced within 16 months, reducing the dependency on fossil fuels.  The BTQ7 report was later picked up by HSV7 Melbourne and TVW7 Perth and also distributed worldwide by Visnews.

Briefly…
The Seven Network has joined the Nine Network and ABC in bidding for the rights to televise the 1979-80 Australian Test cricket season.  The 0-10 Network may have dropped out of the race after Sydney press reported details of their bid to the Australian Cricket Board.

Plans to present an edition of The Don Lane Show from within Melbourne’s Pentridge Prison have been dropped.  Producer Peter Faiman said the show, to air this week, will still feature interviews and filmed stories from within the 150-year-old prison but will be presented from GTV9’s studios as usual.  Faiman also promised a surprise, saying that during the show they will breaking a major historic discovery.

After 21 months as Alison Clark in The Restless Years, Julieanne Newbould has asked to be written out of the show: “At the moment I don’t know what I’ll do.  But there comes a time when you can become typecast.”

The ‘Brian Tells Me So’ tune that TCN9 and GTV9 have been using to promote their newsreaders – Brian Henderson and Brian Naylor – has become so popular it is to be released as a single.

Former Number 96 and The Box star Briony Behets has agreed to a guest role in the new series Prisoner.

Viewpoint: Letters to the Editor:
”I am appalled that ABC would put such a blunderer as Ian Meldrum on air, especially as Countdown is one of their most popular shows.  A perfect example of this man’s foolishness was when he was talking to tennis star Vitas Gerulaitas and he addressed him as Bjorn.” J. Ward, QLD.

“I would like to say how exciting it is to see ABC coming back into current affairs with Nationwide.  The closing down of This Day Tonight and Monday Conference left ABC viewers with a feeling of desolation.” L. Mills, SA. 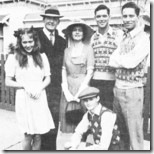 “Why is The Sullivans (pictured) screened every weeknight in Sydney and only twice a week in Perth?  It’s a bit lousy because Perth will never catch up with Sydney!” C. Simmonds, WA.

What’s On (April 21-27):
Weekend sport on ABC includes live coverage of the King’s Club Regatta from Adelaide and the World Hockey Tournament from Perth.

This Week Has Seven Days (HSV7, Saturday afternoon) features a segment on Australian varieties of lizards.  This week’s medical segment looks at skin burns. And the careers segment looks at the job of the veterinary nurse.

Documentary series This Fabulous Century (HSV7, Sunday) presents the first of a two-part episode on war.  Peter Luck talks to survivors of the German and Japanese prison camps. 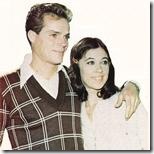 ANZAC Day is commemorated with various programs during the day.  ABC presents live coverage of the ANZAC Day March, followed by a special, The ANZAC Story, which looks at the ANZACs during the Great War 1914-18.  ATV0 presents a one-hour special Return To ANZAC, featuring the 1975 pilgrimage of 70 Australians to ANZAC Cove.  Later in the afternoon, ATV0 presents the ANZAC episode of the series Australians At War.

Sunday night movies: The Savage Bees (HSV7), Adventures Of A Taxi Driver (GTV9), Carry On Round The Bend (ATV0).