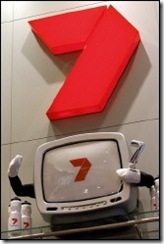 With the official ratings season over as of last night, the press releases will no doubt come out from all networks over the next few days – each of them claiming various victories in the hope of being able to capture more of the advertising pie next year – but the overall winner will be the Seven Network for the second year running.

Seven’s Packed To The Rafters was the year’s most watched series, with a season average of just under 2 million viewers (5 cities, OzTAM), followed by Find My Family and Nine’s Underbelly.  The popularity of Underbelly is particularly significant given that the show was banned from screening in Victoria, where the series was set, until much later in the year.  Even then, only five episodes have so far been shown in Victoria.  To have had the series rate so well when essentially the second-largest market in Australia was barred from watching it is no mean feat.  Further down the ladder is Ten’s highest rating series for the year, the Australian So You Think You Can Dance? averaging 1.49 million viewers.  ABC’s highest rating series was the British drama Doc Martin with 1.32 million, and SBS’ most watched series was Top Gear with an average of just under 890,000.

In one-off events, it would be hard to out-rate the Olympic Games with the Opening Ceremony watched by 2.82 million viewers, followed by the AFL Grand Final on 2.49 million and the Australian Open Tennis Men’s Final on 2.45 million.

Permanent link to this article: https://televisionau.com/2008/11/its-seven-in-08.html