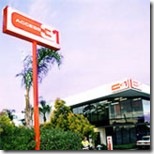 The dire predicament that Perth community TV station Access 31 (pictured) has found itself in should serve as a warning to other community TV stations and the government whose inaction in protecting the sector in the wake of digital conversion continues to make it even more vulnerable.

Access 31, which began transmission in 1999, is facing a $5 million funding shortfall and has called on the Federal Government for assistance.  If it fails to gain extra funding, the station will be forced to close at the end of this month.

Access 31 chief Andrew Brine said the lack of funding support is linked to declining audiences due to the community TV stations not being allowed to broadcast in digital: “digital take up in Australia is now at 42 per cent and we’ve been basically shut out of the digital spectrum.”

Andrew Carroll, manager of the Brisbane-based 31, said that the situation for other community stations is not going to improve unless the Government steps in, “we are operating comfortably at the present time, but if we continue to lose audience share because of government decision making, well then it’s going to be very difficult for us to survive.”

Community TV stations are willing – and in most cases, already technically able – to move to digital transmission.  However, the previous and current governments have made little effort to assist the community TV stations in migrating to digital, most notably the resistance to offer digital spectrum, while commercial operators are given concessions such as rebates and free digital spectrum to allow long-term simulcast on both analogue and digital platforms.

The Government’s continuing denial to allow community TV access to digital transmission and leaving them to find their own path to digital via other media only continues to threaten the stations’ relevance in the communities which they are licenced to serve.

Permanent link to this article: https://televisionau.com/2008/06/tvs-newest-endangered-species.html