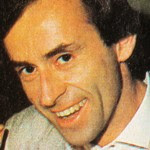 Sydney radio presenter Andrew Harwood has died in a Sydney hospital from a severe asthma attack. He was 62.

More recently a presenter on radio stations 2UE and 2GB, Harwood will also be remembered for TV work as host of 1970s versions of quiz shows Jeopardy and It’s Academic, as well as guest appearances on The Paul Hogan Show and as voice-over announcer at ATN7. In the 1980s, Harwood appeared It Could Be You and Good Morning Sydney, and hosted quiz show Class Of ’82.

The son of former Beauty And The Beast panellist Ena Harwood, Harwood is survived by his wife and two daughters.