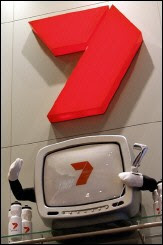 Nothing like a bit of healthy competition in the TV biz! No sooner has Network Ten announced their new high-definition channel to be launched later this year – the Seven Network has now announced that they will also be launching their own HD multi-channel in the coming months. While Ten has put a name to …

END_OF_DOCUMENT_TOKEN_TO_BE_REPLACED

Permanent link to this article: https://televisionau.com/2007/09/seven-gets-hd-envy.html